Are you looking for alternatives to paid software? If that’s the case, you’re at the right place. As we have got you covered. Today, we are going to talk about a variety of different software.

They are free and/or open-source alternatives for proprietary software for beginners. To make things more convenient, we have sorted them in different categories.

The criteria for our ranking was Ease of Use, User Interface, Lack of Bloat and obviously Free.

After thorough research and using the programs ourselves. We decided to agree on the list below. The list was made by keeping the varied requirements of different users and use case scenarios in mind.

This list is made primarily for beginners who are looking for free software. So, without further ado let’s get into it:-

This section of our list has been catered especially for the creative professionals. We have done our research and came up with a comprehensive list for the designers out there.

We have specifically sorted out the best two software as our focus was on quality over quantity. In my opinion, these are the best free and open source programs currently in the market.

To top it off, these software can also be used by beginners and are completely free.

One day when I was looking for an Image editing tool, I came across GIMP. From that day onwards, I haven’t looked back. GIMP is a free and open-source raster graphics editor used for image manipulation and image editing.

It is also used for free-form drawing, transcoding between different image file formats, and more specialized tasks. GIMP is available for Linux, macOS, and Microsoft Windows.

GIMP has been the go-to choice for users who are looking for an image manipulation program. It is often considered as the alternative for Photoshop.

Although, be prepared to face a few challenges as the learning curve for GIMP is quite steep for beginners. But the new updates have enhanced the user experience a lot.

In my experience of using GIMP, I found it to be useful for the kind of tasks I do on a daily basis. Give it a try and decide for yourself if it fits your needs.

Many users when just starting out are confused between GIMP and Inkscape. I was too. But the thing is, GIMP deals in raster graphics whereas Inkscape deals in vector graphics.

Inkscape is a free and open-source vector graphics editor used to create vector images. It primarily does so in Scalable Vector Graphics format. Other formats can be imported and exported. Inkscape can render primitive vector shapes and text.

It is the preferred choice for graphic designers who are looking for an alternative for Illustrator. From the initial impression, people might believe that Inkscape and GIMP both perform similar tasks but that’s not true.

It is very useful for making logos, posters and banners. Due to which, Inkscape is primarily used by graphic designers and freelancers. But worry not, the experience is intuitive and it can be used by beginners as well.

We designed this section primarily for video editors. If you are someone who is looking for tools to learn video editing, this list is for you.

We have compiled some of the best free video editing software in the marketplace right now. After thorough research this list was made possible.

We have focused on software which is free and easy to use for beginners. Give these options a try and decide for yourself if they fit your needs.

I couldn’t believe how feature rich the DaVinci Resolve free version was when I came across it. The sheer amount of features and the tutorials on YouTube makes it our first pick in this category.

DaVinci Resolve is a color correction and non-linear video editing application for macOS, Windows, and Linux. It was originally developed by da Vinci Systems.

Now it is being managed and developed by Blackmagic Design after it’s acquisition in 2009.

This is the most comprehensive and feature rich free video editor on the market. It might sound like we are singing praise for DaVinci Resolve but it’s worth it.

No other alternatives come close to Davinci Resolve’s free version. Although the Studio version exists if you’re just starting out as a YouTuber.

Or you’re someone who wants to learn video editing, the free version is enough for your needs.

How can we make a list without including Blender. Blender is a free and open-source 3D computer graphics software tool. It is used for creating animated films, visual effects, art and 3D printed models.

Blender is also used for making motion graphics, interactive 3D applications, virtual reality and computer games. It might come off as a surprise to a lot of people but blender has an in-built video editor.

The in-built video editor in Blender is good for basic to moderate video editing. Which is not very surprising since blender was created to be a multipurpose tool.

And most of the folks will agree that Blender has fulfilled that purpose. The sheer amount of things you could do with Blender is quite fascinating. And to top it off, just like most of the software present in our list, Blender works just fine.

No matter if you are a recording artist or a beat producer. These programs will do the job just fine. We have sorted out some of the best audio recording, mixing and music production software in the market at the time of writing this article.

And to top it off, they are both free as well as open source. For beginners as well as for professionals, these free software will do the job just fine.

Audacity is a free and open-source digital audio editor and recording application software, available for Windows, macOS, Linux, and other Unix-like operating systems. It is hands down the best audio recorder and editor in the market and it’s free.

The cherry on top is that Audacity is an open source software which was made possible by the team of dedicated volunteers backing up Audacity. If you are looking for a simple and easy to use audio editor, Audacity should be your go-to choice.

When I came across LMMS, I couldn’t believe that there was a DAW which wasn’t paid. A DAW is an abbreviation for Digital Audio Workstation. LMMS is a digital audio workstation application program.

When LMMS is run on a computer with proper hardware, it allows music to be produced. It does this by arranging samples, synthesizing sounds, playing on a MIDI keyboard, etc. It can also combine the features of trackers and sequencers.

LMMS (Linux Multimedia Studio) comes equipped with a set of different features. These are required for music production such as VST plugins, sound effects, step sequencer and many more.

We recommend using LMMS in combination with Audacity for the best experience as LMMS does not support audio recording in the app itself by the time of writing this article.

It can be a good alternative for proprietary DAWs in the market although you may find a few features missing. But you can’t complain at this price point i.e. 0$. Give LMMS a try and who knows, you might end up using it for your musical escapades.

If you thought we were not going to include any programs for daily users, you were wrong. As this section is made for those of you who want a free to use Office suite.

We have included some of the best programs for writing, making spreadsheets and presentations.

The software included in this list is free to use, for beginners, and even the User Interface is quite nice. So, you won’t feel out of place while using these programs.

This one is on top of my list due to a variety of different reasons. LibreOffice is a free and open-source office suite. It is a project of The Document Foundation.

Libre Office provides you with a full-fledged alternative for the Office suite. It is arguably the best open source software in existence along with Blender due to the myriad of features it includes out of the box.

To make things a bit more interesting, it offers you with a suite of plugins you can download. These plugins serve the purpose to enhance the user experience.

That doesn’t mean that it’s not great out of the box. LibreOffice is the best free and open source office suite in the market. Just give it a go and decide accordingly.

This is hands down, the most easy to use word processor and note taking tool in my opinion. Google Docs is a word processor. It’s included as part of the free, web-based Google Docs Editors suite offered by Google.

First of all, it’s cloud based so you can write down your work on a PC when you’re at home. Then, resume your work on your Android/iOS device when you’re on the go. These make Google Docs one of the best, if not the best writer apps on the marketplace.

This section includes the list of software I use personally on a daily basis. We have sorted out some of the most commonly used programs on a day to day basis. You might have heard about a few of them before.

You might even be using them now. But I am sure there might be some new software you have never heard of before. Some of these free software are used by professionals and beginners alike.

The best file compression tool in the market along with Winrar. It is a free and open-source file archiver software.

It is a free tool which initially dealt in Zip format and now it can open almost any type of compression. Use 7zip and decide for yourself if it suits your needs.

There are versions of OBS Studio available for Microsoft Windows, macOS, and Linux distributions.

If you’re a Twitch streamer or you post videos on YouTube, OBS Studio is the go-to streaming software. It’s quite hard to believe that such a capable software can be free for both personal as well as commercial usage.

It is available for desktop operating systems, and mobile platforms. VLC is available for Android, iOS, iPadOS, Tizen, Windows 10 Mobile, and Windows Phone. VLC can play almost any file you want.

Other great free media players such as Winamp and KM Player are out there. Yet, VLC still takes the lead due to it’s continuous development.

It might not be very common to emulate different environments on your PC for a regular user. But, for those who do for development purposes, Virtual Box should be your ideal choice i.e. if you do not wish to buy a VMware workstation.

Oracle VM VirtualBox is a free and open-source hosted hypervisor for x86 virtualization, developed by Oracle Corporation. It was created by Innotek.

VirtualBox can be installed on some of the most widely used operating systems such as Windows, macOS and Linux.

It is the absolute best free virtualization software in the market and just like the others, it’s free and open source as well.

And, there you have it. That was our pick for the best free alternative software for beginners. Hope you liked our content. If you want more content like this, stay tuned by adding us in your Bookmarks.

You can provide suggestions through comments. You can find it at the Contact Us page. If you liked that, you will also like our other posts like this. 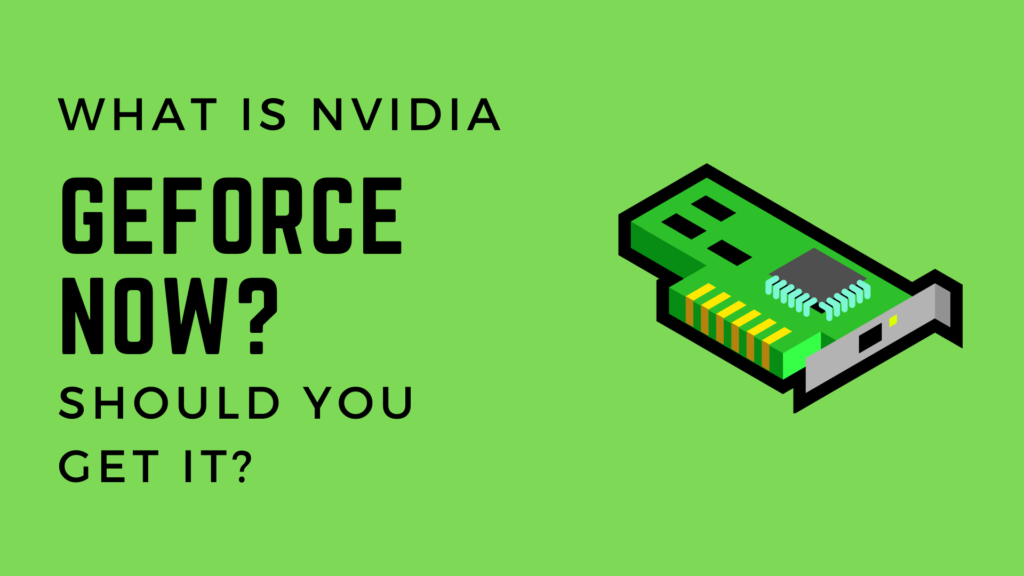 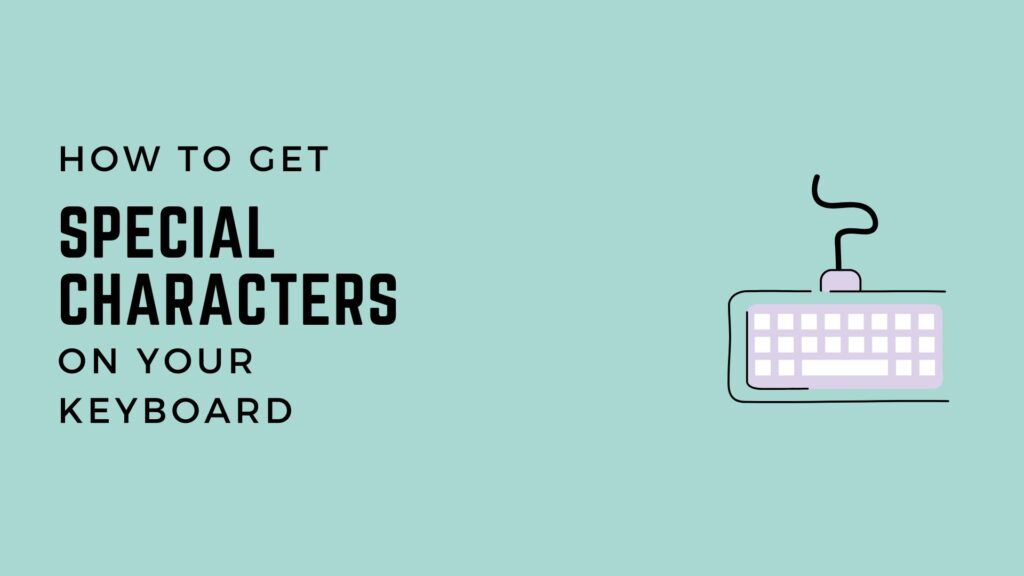